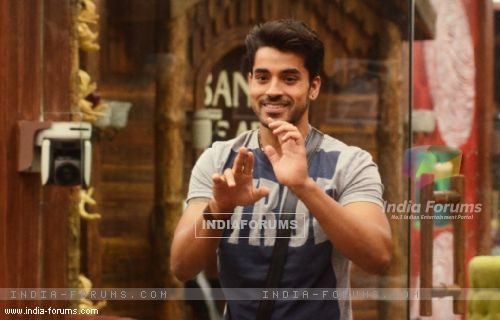 Its eviction time in Colors' popular reality show Bigg Boss 8 and one week's vote will be counted, the nominated five contestants' fate will be decided this weekend.

This week, the nominated five contestants were Sonali Raut, Gautam Gulati, Puneet Issar, Praneet Bhatt and Minissha Lamba. Last week had been a week full of fights for the contestants in the house. After Gautam and Praneet had a big fight, Gautam is being ignored by everyone in the house and eventually he breaks down.

As the time of eviction is here, we heard that, "Gautam is safe from the evictions from the show this week."

Even though Gautam is being ignored by the contestants in the house, it seems the audiences' support is there with him!

+ 3
6 years ago Yeh toh hame bhi pata hai...gautam gulati obviously safe hai...he is the only one who is running BB8 now...

6 years ago Gautam gulati you are the best ..you will win bb8

+ 4
6 years ago Gautam and Pritam are the only TRP gainers of BB8.. Gautam for his entertainment and Pritam for his witty humour and sarcasm.. Other than these two, others seriously suck.. Always corner Gautam and ignore him.. Dnt even care abt him even when he is sick.. They nominate him on the hopes that he will get eliminated.. But they dnt understand that he is a very very strong contender and that he is sureshot finalist.. Go #TeamGautamAndPritam

9 years ago HOW CAN YOU QUIT A CAREER THAT 'NEVER' TOOK OFF?????
#
If she never had a career then how can Kim say she is quitting her career?
#
WHY IS KIM PUNANI DIVIDING HER TIME WITH MUMBAI CITY NOW THAT SHE HAS SAID "SEE YOU LATER BEAUTIFUL"? LOL.