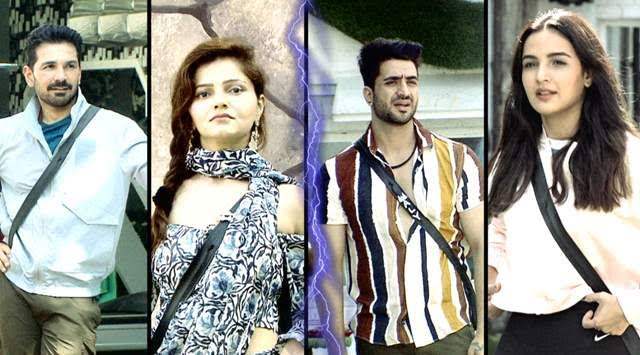 Bigg Boss 14 has been witnessing interesting twists and turns with everything that has been happening off lately. It all started with the mid season finale and then the entry of old contestants in the form of Rakhi Sawant, Rahul Mahajan, Vikas Gupta, Arshi Khan, and Kashmera. Following that, Nikki Tamboli and Rahul Vaidya also made their way back into the house.

And now, reports have it that Bigg Boss has taken things in his own hands and nominated 4 contestants for discussing nominations. One of the most important rules in the house is to refrain from any discussion pertaining nominations and Abhinav Shukla, Jasmin Bhasin, Rubina Dilaik and Aly Goni were seen discussing the same. As a result of this, Bigg Boss will be taking the decision to nominate the four of them.

As can be recalled, a similar ordeal followed last week when Nikki Tamboli was seen discussing the same despite being warned. However, back then, it lead to the entire house being nominated for the week. Now, with nominations to take place today, it will be interesting to see how things change and if new names will join the four of them this week.