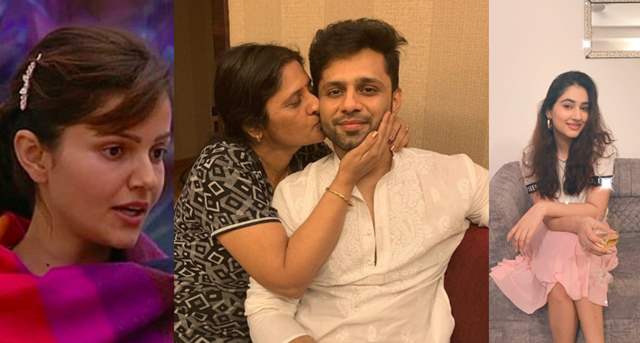 Bigg Boss 14 is nearing the finale, and while a lot of updates about the show keep coming in, the latest is one about Kavita Kaushik walking out of the show. While a lot has been happening inside the house, someone who has also been a constant talk of the show is Rahul Vaidya. Rahul, whose game is now being loved by many, decided to propose to his ladylove Disha Parmar on national television and it sure did take everyone by surprise, including the singer's mother, Geeta Vaidya.

In an interview with Mirror Online, his mother spoke about Disha and revealed how the actress has visited home a couple of times but Rahul never told her anything about their relationship. She also went on to add how maybe, it was after his time on the show that he realised his feelings for Disha and also mentioned how she liked his proposal and is happy about it, and much like Rahul, she is waiting for Disha's reply as well.

Among other things, she spoke about his game has improved saying that he took his time to understand the game and after he was told to speak up and voice his opinions, he has always stood up for himself, performed well in the tasks, and never looked back.

Rahul has also had constant fights with Rubina Dilaik and while it started off with one fight during the task, the two do not share a very friendly equation ever since. Talking about the same, his mother says how she feels Rubina is insensitive and thinks about herself only, not listening to what others have to say. She also added how Rahul is not someone who speaks behind anyone's back and if he does not like something, he will say it then and there, and that's just how he is, even in real life.

Meanwhile, Rahul's mother Geeta, also feels that the singer never compromised on his values and he has managed to make his parents proud. She feels that it is those qualities that make her believe that he can win the show.

Disha Parmar lashes out saying "Keep your suggestions to yourself"

A HUGE FAN 1 months ago Of course the mother will support for her son. Anyhow, Rahul is very rude and has always interfering in Rubina and Abhinav's topics/matter.

josh135 1 months ago Mumiji. Rahul is insensitive not Rubina. Why is Rahul constantly poking at her and Abhinav’s relation? What do you have to say about this?