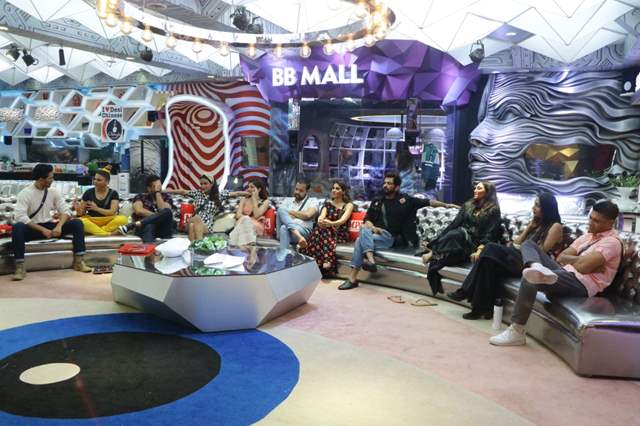 The dreaded nominations have started on Bigg Boss and the housemates’ old and new rivalries have come to the fore! In a democratic manner, Bigg Boss asks the housemates gathered around the sofa to mark their fellow contestants with a Rejection stamp who they feel deserve to be nominated for eviction.

Rubina is the first one who choses to mark Eijaz for nomination. Aly also stamps Eijaz, so does Jasmin. Abhinav is not far behind and choses Eijaz to be nominated for eviction. Eijaz and him lock horns and have an argument about the way Eijaz feels about other housemates on the show. Nikki, on the other hand, marks Kashmera as her choice on the heels of an epic fight the duo have had.

Possibly among the fieriest personalities on the show Nikki and Kashmera final come head-to-head and have a huge showdown. Either one refuses to back down as Manu and other housemates intervene and try to calm the duo down.

Will Eijaz be the contestant who will nominated for eviction? How will Kashmera and Nikki’s new rivalry play out in the show?