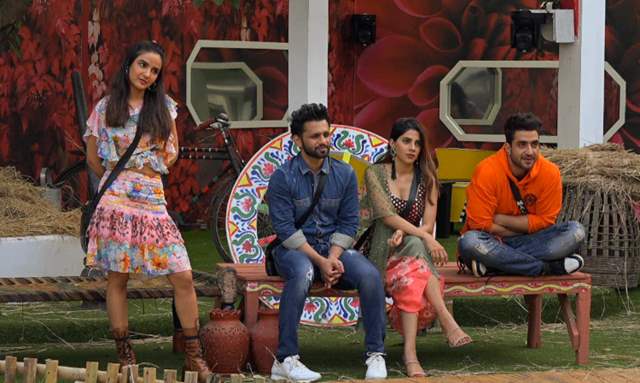 Bigg Boss 14 sure has been churning out quite the interesting tasks and fans can't seem to get enough of it. Now, ahead of the captaincy task, another task was announced by Bigg Boss yesterday. The task saw Rubina and Jasmin pose as sisters and demand their share in the property. The house is divided into two families and the two need to keep their claim about which part of the house belongs to them. The final decision about who can rightfully claim which section of the house rests with Kavita who resides over the panchayat as the Mukhiya.

And now, reports have it that Team Jasmin will win the task, thereby meaning that Jasmin along with Nikki Tamboli, Aly Goni, and Rahul Vaidya will compete for captaincy. What will be interesting to see is how do things turn out next, especially given that Jasmin and Aly have both already been captains earlier.

With the ongoing ever so changing equations in the house, will the team unite to make one of them a winner or will the competition get rough again? Keep on reading this space to know more about the updates.

BB 14: Team Jasmin to choose a captain from themselves with 'aapsi ...