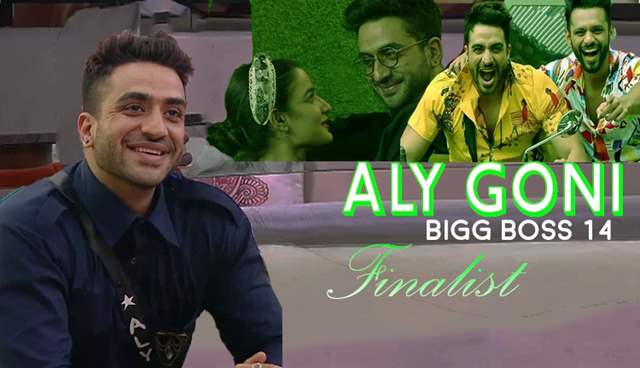 Bigg Boss 14 contestant Aly Goni has managed to win a lot of hearts with his stint on the show and while he may not have been there since the beginning, or made it without an exit from the show, he did create quite the mark for himself. Though his reason for entering the show was different, he is looking at the bigger end goal.

Much like all other finalists, he too has had a journey filled with both good and bad moments, and he sure is proud of it. With the show and his journey coming to an end, here are some of the highlights of his journey.

The beginning of a beautiful moment

We all remember how Jasmin Bhasin was on cloud 9 when she saw Aly and both of them shared one of the finest moments on the show. Throughout the show, it has been an absolute highlight and it continues to be one of the most lovable moments inside the house. Who knew it was going to be the start of the beautiful love story that it seems to have culminated into!

His friendship with Rahul Vaidya

One of the finest bonds that naturally developed inside the house was this one and until the very end, they have managed to stick to it, without having to play games or any of such things. Though there were small things that happened here and there, nothing changed their support for each other.

Bigg Boss can get to you and it often leads to various fights, where one can often lose one's calm. He has gotten into various fights inside the house, and the one with the likes of Rakhi Sawant and Vikas Gupta turned out to be rather massive. Aly also claimed how he got Jasmin replaced from a show, while he also got into fights with Abhinav Shukla during the tasks.

Him and Sonali Phogat's equation

It was rather beautiful and though a lot was said about it, they both were respectful of each other and Aly also promised her a dinner date outside the house. This was one of those moments when Aly was quite the charmer and showed it just fine!

His equation with Rubina Dilaik

Aly did seem to develop a bond with Rubina in the house and though they never really were each other's support during the tasks, or when there were fights going on inside the house, they did care for each other and there was a sense of a strong beautiful bond. While they had their share of ups and downs, they both have acknowledged that the bond is important after all.

Now, it will be interesting to see how does Aly's journey comes to a close!