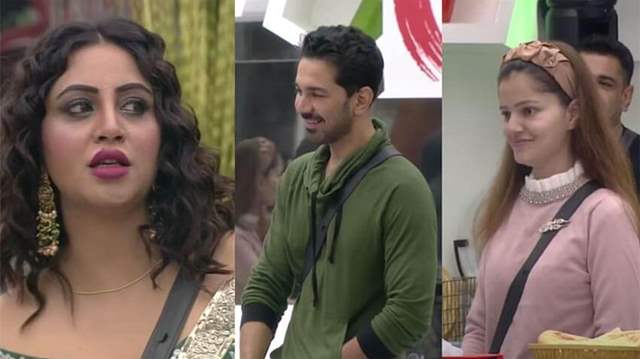 Arshi Khan joined Bigg Boss 14 as a challenger a couple of weeks ago and has now been eliminated during the Weekend Ka Vaar episode. The contestant sure raked in a lot of interesting buzz both inside and outside the house and she recently got talking about the exit, her journey, and more.

Talking about how things went down with Devoleena Bhattacharjee, she mentioned in an interview with The Times of India how she should have been evicted instead of her. She mentioned how she disrupted the house and stuffed roti in her mouth and her nails hurt her. None the less, she also mentioned how she did not want her to get evicted since she is Eijaz Khan's proxy and she wishes for him to be in the game.

As to who does she think might win the show, Arshi mentioned how she feels 4 people are playing extremely well, namely Rubina Dilaik, Abhinav Shukla, Rahul Vaidya and Aly Goni. She mentioned how they all have their own game, while Abhinav plays with dignity, Rubina ensures to put her point across while Aly is real Rahul is mindful. She also mentioned how everyone's game improved after the entry of the challengers.

Meanwhile, she revealed how she spoke to Eijaz Khan once she exited the house and they had a great bond on the show and he clals her his younger sister. She added further how his exit made her feel emotionally weak and also revealed how Abhinav, Rahul, Rubina, also took care of her. She also mentioned how Aly gave her a lot of love and they are all her best friends now.