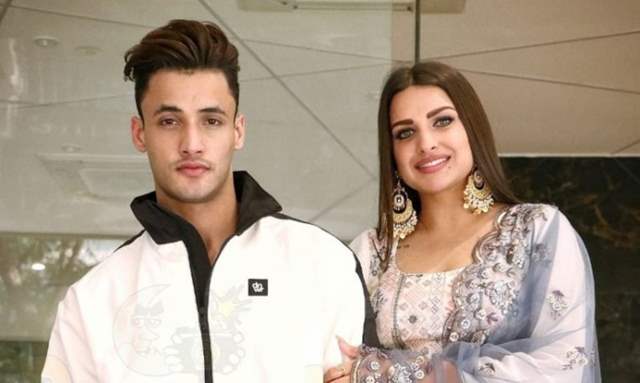 Bigg Boss 13 gave fans one of their all-time favourite couples from the show so far, that of Asim Riaz and Himanshi Khurana. While their journey started on the show, what has followed is a beautiful love story with fans being in complete awe of the two. While they have already worked together in three music videos, namely Kalla Sohna Nai, Khayaal Rakhya Kar, and Dil Ko Maine Di Kasam, it looks like there is more coming.

As per the latest reports, the duo is going to come together for yet another song which will be based on a love story, however, the details of the singer are not out yet, but it is being said that it is a popular one. While this sure brings about quite a sense of joy to all the AsiManshi fans out there, we bet fans can't wait to hear more about it.

Their recent video, sung by Arijit Singh, turned out to be a total blockbuster and just like the song, the video too, was just as pleasing. While the story was not something that was out of the box, it did turn out to be a good watch, especially with Himanshi and Asim's acting skills here.

Among other things, Asim was in the news recently when he was attacked on the road while riding his bicycle. He did share about it on social media and also said that he will be filing an FIR regarding the same. However, there is no update regarding the incident just yet.

My emotional memory helps me shape my character in Anupamaa: ...
28 minutes ago

Barun Sobti says his transformation for Halahal was 'a bit ...
30 minutes ago