View Profile
Just as there is a confusion as to how many Zs are there in the title of this movie, one wonders how many goof-ups are taking place on the sets which is leaving everyone associated with the movie a bitter taste in their mouth.

According to our sources on the sets, following the 4 flops in a series from RGV, T-Series has decided to cut down the cost for his upcoming movies and the worst hit is Himesh Reshammiya starrer Kar 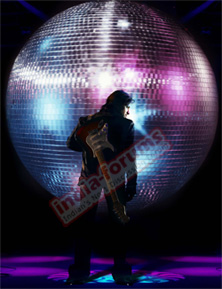 Recently, in one of the movie's schedules in Baramati (near Pune), there was absolute chaos. Barring the stars and director, the rest of the crew was put up in a cheap hotel which didn’t even have the basic amenities. The crew was miffed for the fact that when the stars and the director were chilling out at Taj, they were left stranded in the middle of all sorts of trouble.

With no money in pocket and no one to take care of them, the crew had to leave the hotel in the dead of the night without even clearing the bills.

“There was no proper drinking water and many other necessary amenities were left haphazard,” informed our source who doesn’t want to be named. “One fine day, the poor assistant directors, the camera assistants and the spot boys were left stranded in the rain. It was one big mess with absolutely no planning at all. The shooting obviously couldn't be completed and was left half done,” he further adds.