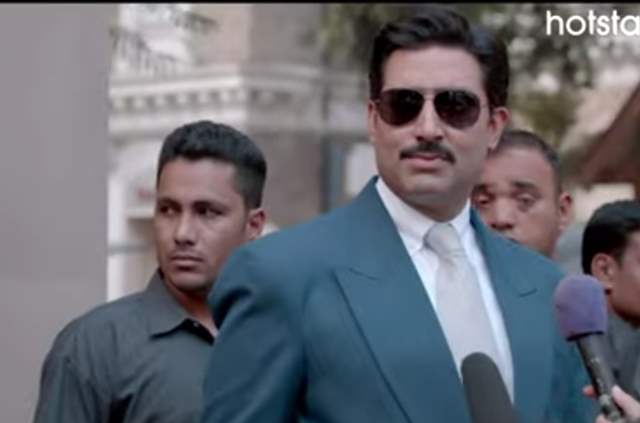 And finally, the rather-awaited trailer of The Big Bull has arrived. Surprisingly, the trailer clocks over 3 minutes and has quite a lot going on too. The million-dollar question though everyone had before this trailer came in - was how similar will it be to Scam 1992 web series considering how it is centered around the same premise.

The answer is a mixed bag of yes and no. Abhishek Bachchan plays a stockbroker Hemant Shah as opposed to Harshad Mehta but if you have seen Scam 1992, you will see some obvious similarities of like Bachchan's character playing golf in his house like Pratik Gandhi's Harshad did in the show; Bachchan's Shah having a face-off with a journalist in a lavish restaurant just like Gandhi's Mehta did. Nevertheless, it is the love story in The Big Bull that will be integral giving the film a different look where Nikita Dutta plays Bachchan's love interest and is in focus.

Overall, the trailer fairly impresses and irrespective of any similarities with Scam 1992, it does stand on its own. Bachchan does shine in playing a Gujarati stockbroker and gave flashes to his character in Guru - the film that earned him immense critical acclaim.

The film is set for a digital release on 8th April 2021 on Disney+ Hotstar.