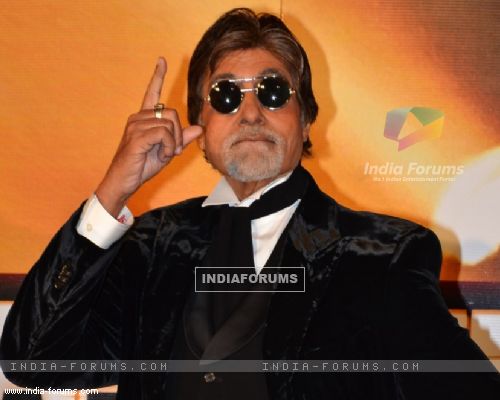 Amitabh Bachchan unveiled the trailer of R. Balki's "Shamitabh" in the presence of the entire star cast of the film.

The 71-year-old actor will be seen in a rugged look with grey unkempt moustaches and beard in "Shamitabh".

Directed by Balki, the film also features Dhanush, and Akshara Hassan among others.

Big B, who has worked with Balki in "Paa" and "Cheeni Kum", says Balki always comes with "some "interesting scripts".

"Balki always comes with some interesting scripts. He always comes up with very different stories like 'Paa' and 'Cheeni Kum' and surprises me," he told reporters at the event.