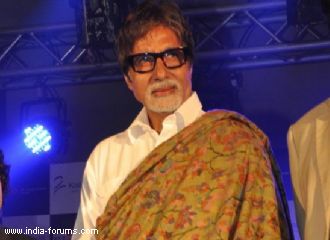 The government has invited Amitabh Bachchan and other actors of Bihar origin for Bihar Diwas centenary celebration in March.

It marks the day when the British carved out Bihar from Bengal Presidency March 22, 1912.

"Amitabh Bachchan will be one of the special guests," said Yaswant Prashar, a member of cultural committee for Bihar Diwas.

The government has invited the presidents of Mauritius, Suriname and Fiji.

A brainchild of Chief Minister Nitish Kumar, Bihar Diwas was first celebrated in 2010.