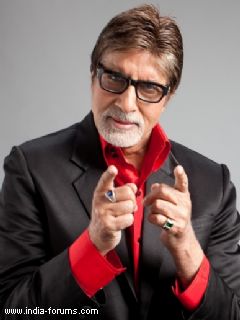 The Grand finale of Boogie Woogie Kids Championship is going to be a star studded affair with Bollywood big wigs making an appearance on the show.
To start with, the biggest Bollywood star Amitabh Bachchan is going to appear on the show to promote his movie Bhootnath Returns. The contestants will be seen paying tribute to the living legend by performing on his hit numbers. He will also been seen announcing the winner of  Boogie Woogie Kids Championship.
The entertainment doesn't stop here! Sonu Niigam, Shreyas Talpade, Anu Malik, Varun Dhawan, Ileana D'Cruz are amongst the other Bollywood celebrities who will be seen taking the entertainment quotient of the finale to newer heights.
Get ready for a star studded finale of Boogie Woogie this Sunday, March 30 at 8:30 pm only on Sony Entertainment Television