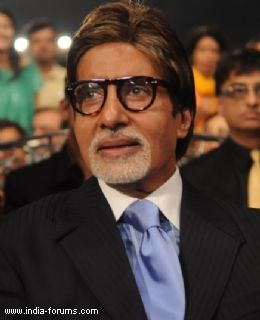 New Delhi, Nov 27 Megastar Amitabh Bachchan, who lent his baritone voice for the album 'Sounds of Peace', is planning a charity concert to raise funds to help the families of police officials killed while serving the country.

'There will be a concert in a couple of months and all those that contributed to the album 'Sounds of Peace' shall perform for the charity,' the 69-year-old posted on micro-blogging site Twitter.

'The charity shall be for all those police families that lost loved ones, who have no means of existence - ignored and forgotten. Men from the forces, who sacrificed their lives so we could live peacefully. Tremendous courage and duty towards their vocation,' he said.

'...And our thoughts and prayers go for all those families of the force who gave up their lives so we could live in peace,' he posted.

On the third anniversary of the 26/11, music composer Aadesh Srivastava launched his album 'Sound of Peace', an initiative that talks about peace and co-existence of all communities.

Akon, Ustad Rashid Khan and Wyclef Jean have been roped in to lent their voices for the album.

'...It is quite remarkable that Aadesh has been able to convince stalwarts such as Akon and VanCleef and the London Philharmonic Orchestra to lend support and talent and creativity to this music concept,' Big B posted on his blog bigb.bigadda.com.