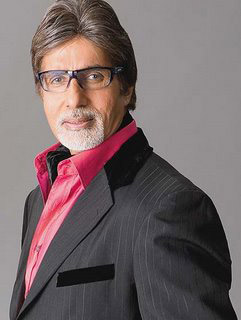 Superstar Amitabh Bachchan, who turned 66 today, was rushed to Nanawati hospital in Mumbai as he encountered abdominal pain.

The superstar has took a break from his shoots so that he can spend some days with his grand children, who have come all the way from Delhi for their Dussehra-Diwali vacations.

It is known that Big B had been complaining of stomachache since last night. Police cordoned off while he was taken to the hospital as large number of fans were expected to come there.

The Bachchan family, family friend Amar Singh and his daughter Swetha were present in the hospital along with Big B.

As per the Bachchan family, he had been taken to hospital for a routinal check up.

After, check up some intestinal problems were detected and the actor was immediately shifted to Lilawati hospital for another check up.