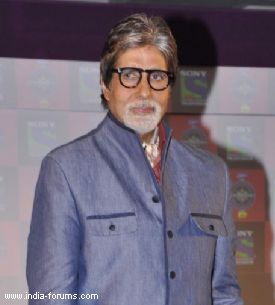 Megastar Amitabh Bachchan, one of the most active Bollywood stars on social networking platforms, has amassed a following of over seven million on microblogging site Twitter. He has thanked his fans.

"Thank you all. It's 7 million plus on Twitter," the 71-year-old tweeted Wednesday.

Big B has so far posted 26,856 tweets and follows 840 people. He uses the platform to keep his fans abreast of his daily routine, to wish them on special occasions and he often shares deep thoughts about life in general as well as his opinion on several matters.

The thespian is known for delivering hits like "Kabhi Kabhie", "Don (1978)", "Abhimaan" and "Satyagraha". He is also an active blogger. His blog is a more detailed storehouse of his thoughts.

Amanda Seyfried Announces The Birth of Second Baby
54 minutes ago

NCB Dismisses Rhea's Claim of 'No Jurisdiction in Drugs ...
55 minutes ago