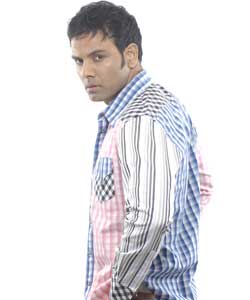 Saurabh Tewary's Nautanki Films' new show on Colors has been in the news for quite long. The show,which is tentatively titled as Shikhar, has tried to pool in renowned people from the industry. We had also reported that Rakhi Vijan will make her television comeback with the show.

Today we hear that Bhupinder Singh, who was seen as Triyogi Narayan Bajpayee in Colors' Yeh Pyaar Na Hoga Kam, will return to television with this show, wherein he will play a pivotal role.

A source says, "Bhupinder has been finalized to play a pivotal role in the show. He will play the female lead's father. Rakhi will play the Bua to the lead girl. The hunt for the leads is still on."

When contacted, Bhupinder Singh refused to comment on his presence in the show.

The show, as earlier reported, will be a cross border love saga with a difference. The show is another promising venture from Nautanki Films on Colors.

+ 3
9 years ago hmmm TN Vajpayee back as the girls father this time, if by chance Gaurav and Yami could be in the show, it would definitely be worth watching