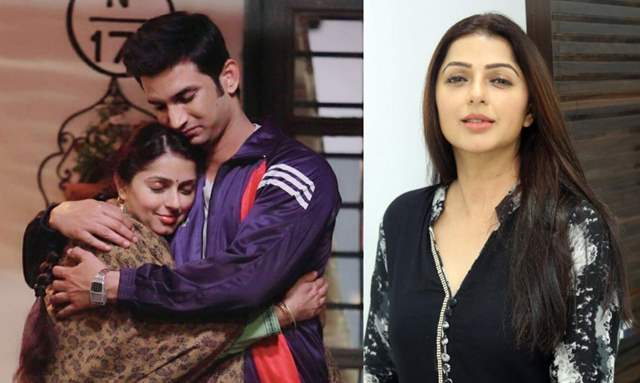 Sushant Sigh Rajput’s untimely death has taken the entire film industry by a storm and celebrities are mourning the loss of a talented actor. The actor reportedly passed away due to suicide after hanging himself to death in his room at his residence in Bandra, Mumbai. Meanwhile, there has been a massive uprising on social media, fans and netizens are seeking answers as to what was the real reason behind his death.

Some claimed foul play in Sushant’s demise, many actors and filmmakers have urged for a CBI probe.

While fans and netizens have raised their voices against injustice and nepotism, bullying in the industry, there has been a massive uproar in the industry and social media. Fans believed it was Karan Johar, Alia Bhatt and Sonam Kapoor that led Sushant’s carrer to the lack of work.

But, Sushant’s demise has clearly shocked the people close to him. Now, his MS Dhoni: The Untold Story’s co-star Bhumika Chawla took to her Instagram handle and shared a touching and long note on Sushant's untimely death on?Friday.

Sharing a picture of him, she wrote: “It’s been almost 20 days ... and I wake up thinking of you . Still wondering what it was ... one only shared the screen space as a character briefly but still associated together .... Was it depression - personal — then you should have spoken .... If it was professional - you had already done such good films .. (sic)”

She also spoke about her experiences and the struggle actors face in the industry and said, "Yes there are times when you call or message people from the industry ( Bollywood or other places ) most people are really WARM and KIND but we do find those who refuse to acknowledge or just brush you aside — THE WORLD IS MADE OF ALL SORTS .... THERE are most who will respect you always but rare few when they need you they come to you - but when you drop a tinkle saying you would love to work together with them, they say we will see.... or smile it off (though I never believed in doing that earlier, I did in the last few years make an effort — that’s what life is — nothing comes without effort and hard work) (sic)."

"YET I STILL THANK GOD FOR Everything ... I choose to say that it’s ok - maybe one doesn’t fit the bill, the role and so it’s ok ..... POSITIVE .... and finally if there is any thing more to you going than professional disappointment, or depression cause of various reasons —- YEH SHAHAR HAME HAMARE SAPNE DETA HAI, Naam deta hai... kabhi Kabhi Gumnaam bhi karta... lakho ki aabadi mein kuch TANHA BHI KARTA HAI.... if there was anything more I hope we come to know what it was... until then FINAL GOODBYE .... PRAYERS FOR YOU - wherever you are and prayers for your family (sic)," added Bhumika Chawla.

For the uninitiated, Actor Sushant Singh Rajput started off his career with television and made a name for himself through romantic drama Kis Desh Mein Hai Meraa Dil (2008), followed by a starring role in Zee TV's popular soap opera Pavitra Rishta (2009–2011).