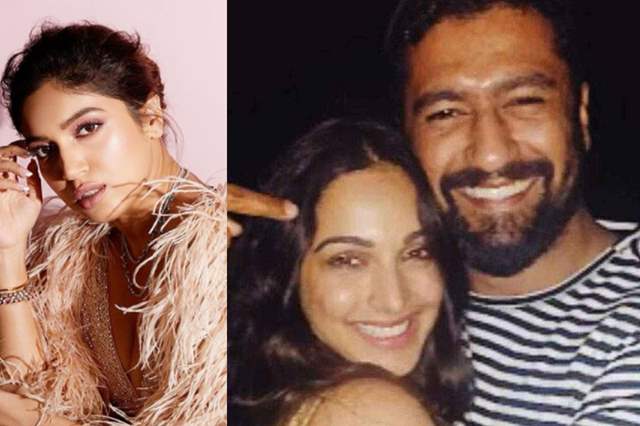 Actor Bhumi Pednekar is certainly on a roll where the actor already had several projects in her kitty and one of them will be the sequel to Badhai Ho - Badhai Do with Rajkummar Rao. In fact, Pednekar only recently completed the shoot of the film and is already gearing up for her next project. A rather-delayed film, Mr. Lele seems to be finally seeing the light of the day as the latest to join the cast is Pednekar herself. The film is going through a full revamp and it has been a case of back and forth for Pednekar.

Initially the film had Varun Dhawan, Jahnvi Kapoor and Pednekar as the lead cast but now while Pednekar has joined in, the rest of the cast comprises of Vicky Kaushal and Kiara Advani.

The trio of Kaushal, Pednekar and Advani looks as exciting as ever. Reports suggest that the film will be a comic thriller and Kaushal's character will be a Maharashtrian with shades to it. When it comes to Advani and Pednekar's character details, that has been kept under wraps as of yet.

But it is said that they have a strong character with specifically edgy shades to them.

1 months ago Is it a movie on Madhuri's husband?😂😂