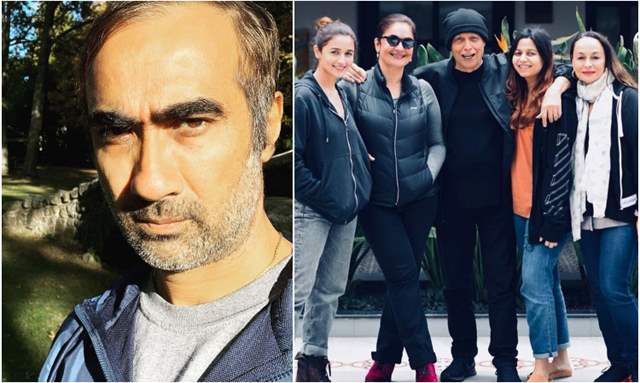 Last year, after Sushant Singh Rajput’s untimely demise in June, actor Ranvir Shorey had come forward to talk about his bitter experiences in the Bollywood industry. He had shared that he went through the same professional & social isolation, bad-mouthing & lies in the press and psychological trauma.

And now, in a recent interview, Ranvir has broken silence on his fallout with the Bhatt family. He was in a relationship with Mahesh Bhatt’s daughter Pooja Bhatt, however, that did not end on a good note. The actress had filed a police complaint against him for allegedly assaulting her, and he had claimed that she would get violent after drinking alcohol.

When asked about his rift with the Bhatts, Ranvir told Rediff, “Firstly, I don't think they are that powerful. Secondly, it's not like I made a choice to make enemies out of them. It was they who did that to protect their child. They started lying about me in public.”

Further, he was asked if it was difficult for him to find good work in Bollywood after the ugly spat. To which, he agreed and added further, “It becomes hard because you don't get as many good opportunities. You have to make do with smaller opportunities. If there is adversity, you have to find a way to work around it. So even if it did affect the work coming my way, like they say, when God shuts one door, he opens another.”

Ranvir Shorey also added that it was ‘nature’s balance’ as he started getting a lot of independent film offers. “I had my own fate. They can try to put you down but they can't take away your destiny,” he said.