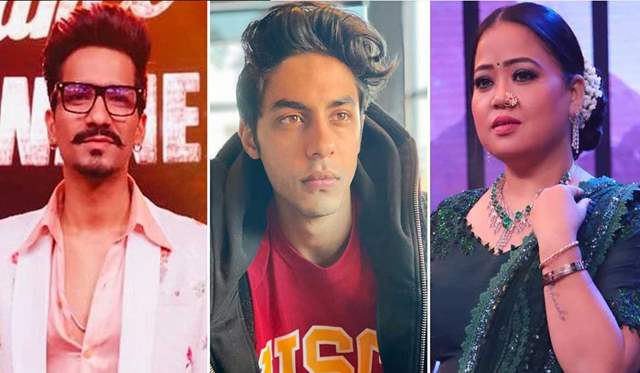 It wouldn't be unfair to say that the past year and a half has been nothing less than NCB vs entertainment. The Narcotics Control Bureau (NCB) has managed to get hold of one actor after the other for either questioning or arrest. As we know, currently, Aryan Khan, son of megastar Shah Rukh Khan continues to be in custody after being arrested at an alleged rave party on a Goa-bound cruise ship off the Mumbai coast.

And while no drugs were seemingly found in his possession, he has been accused of regular consumption of the same. As one would also remember, TV hosts and comedians, Bharti Singh and husband, Haarsh Limbachiyaa were also called in for questioning a few months ago after drugs were allegedly found in their possession. Singh and Limbachiyaa's lawyer Ayaz Khan came out to talk about how his strategy was different in their case as opposed to Aryan Khan's saga.

Talking about it with Hindustan Times, Khan said that his clients Bharti and Haarsh had much higher quantities of drugs on them. Citing the example of Bharti-Haarsh's case, he revealed how he managed to keep his clients away from the bars. Khan mentioned that he ensured that the couple went into jail custody instead of the custody of the Narcotics Control Bureau.

“They were produced in court on Sunday, I immediately applied for jail custody, although the NCB wanted to take custody. Not for Bharti but they were insisting on Haarsh’s custody. They could’ve investigated a lot through Haarsh, so I made sure I got them jail custody on the first day, so that they are out of NCB custody. Getting them into JC meant we could get bail the next day, now the case is pending,” Khan said.

Khan said the NCB had found 80 gms of contraband in Bharti and Haarsh's office and home. They were arrested under the provisions of the NDPS Act in a case of alleged possession and consumption of Ganja. Later, they were released on bail. 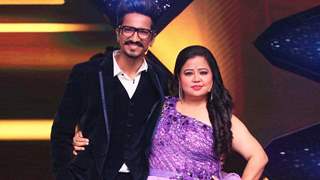 Bharti Singh and Haarsh Limbachiyaa on Colors' The Big Picture 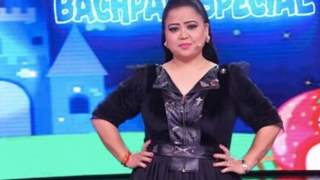 Seeing my own Bharti TV gives me a special feeling of validation: ...

1 months ago Wow like really?!! He sounds proud of himself!!

+ 4
1 months ago Marijuana/cannabis/weed/pot is a recreational drug, known for its medicinal properties. While illegal in a lot of countries, it is legal in some of the important ones like parts of the US, Canada, Georgia etc. It’s use needs to be regulated, because larger doses of it can cause hallucinations and irrational fear. But it’s nowhere close to being the level of harmful as methamphetamines, opiods (heroin) or other synthetic drugs.Weed has a spiritual significance in India too. It’s associated with Lord Shiva’s energy. People consume it as bhaang during Holi and it’s socially acceptable at that time. I find it odd that the same substance that is considered holy during a festival, suddenly becomes a criminal offence post it.I wish people would stop categorising the ones who recreationally smoke or consume small amounts of weed as “druggies” or drug peddlers. It is really not the same thing. Smoking a joint is akin to drinking alcohol. Both have their good and bad. But unlike the latter, if done responsibly, weed even has therapeutic effects. The state needs to regulate how much weed can be safely consumed instead of using this opportunity to make people criminals and political scapegoats.

1 months ago 'NCB vs entertainment' what is the article writer high on? If you consume/deal with drugs you ought to be called out even if you are a doctor, engineer or an actor...I better don't speak about the lawyer!