View Profile
There was buzz that superstar Salman Khan has been advised bed rest due to backache, which sent his fans and well-wishers into a tizzy. But his sister Arpita Khan Sharma says the "Dabangg" star is fit as a fiddle. 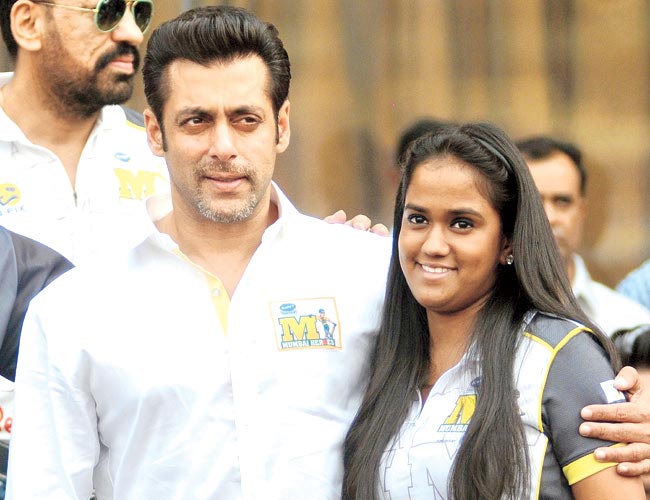 "Salman Bhai is Fine, there's nothing to be Alarmed about. Thank you for your love & concern as always," Arpita tweeted.

The 49-year-old is caught up in the promotional activity of his much-awaited film "Bajrangi Bhaijaan", which will hit the screens on July 17. The Kabir Khan directorial, which also stars Kareena Kapoor Khan and Nawazuddin Siddiqui, will unfold the story of a man's emotional yet thrilling journey from India to Pakistan.

Another insider confirmed the news to IANS, saying: "It was nothing major. He is on a promotion spree for his film and has been shooting for the same back to back. So, the hectic schedule took a toll on his body. He was advised a two-hour break."

Salman is on his toes as he is visiting several TV shows' sets like singing reality TV show "Indian Idol Junior" and "Yeh Hai Mohabbatein".