Neha Mehta who was earlier essaying the title role in Bhabhi will now be seen in the rib-tickling comedy show on SAB, Tarak Mehta ka Ooltah Chashmah! 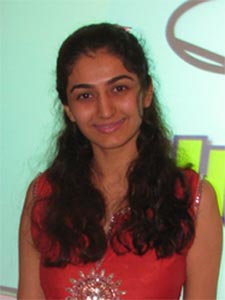 Featured Video
The actress having worked in three Gujrathi films is now back to television. “I was not totally away from television as I was seen in few episodics. But I could not take a daily soap as Gujrathi films kept me busy”, states the actress. The show on SAB that was launched on 28th July revolves around members of a single housing society, who face common real life situations, but who find simple solutions; the underlying message being keeping a positive perspective to life.

Talking about her character Neha quips, “I play the wife of Taarak Mehta, played by Sailesh Lodha(seen in Comedy Circus partnering Apara Mehta) who is a modern woman. She loves to make the best out of everything around her and keeps experimenting to create the ‘best out of waste’. A dietician by profession, she manages the diet of her husband pretty well. But she gets pissed off when her journalist husband goes out of his way to help families staying in the society”.  The actress is happy that she has got a chance to show her prowess in situational comedy. “I am really enjoying my time here. Playing this character has come easier to me as I know Sailesh Lodha personally as he too is from Ahmedabad. We are actually neighbors and I have been in touch with his wife”, says the actress.

Hope the simple solutions taken by the families in Tarak Mehta ka Ooltah Chashmah does keep the audience happy!!