This wedding season, BollyCurry offers you a ride through the most eminent wedding scenarios of Bollywood. It is a known fact that Punjabi weddings are the liveliest of the lot, thanks to their share of butter-chicken and vodka-whisky. So how can Bollywood fall behind when it comes to getting drunk? Read below for some of the best shot scenes of actors getting drunk on-screen, unplugged. 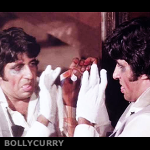 First on the list is the legendary Angry Young Man of B-Town, Amitabh Bachchan, in Amar Akbar Anthony, where his famous anger fits is replaced with a hilarious bouts of humour. After being beaten, Anthony's (Bachchan) heart to heart conversation with his own reflection erupts bouts of laughter from the audience. With his advice of caution, his "told you so" and him bandaging the mirror for his own benefit, Bachchan took the aftereffects of drinking to a whole new level of comedy. 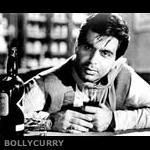 Next up we have the celebrated Indian maestro who excelled in his share of tragic films - Dilip Kumar. Devdas (1955) is one of the most enduring films of Indian cinema and a lot of it is due to the attribution of Kumar. Throughout the movie, Kumar plays the role of a heartbroken man who drowns himself in the respite of alcohol. The excellent manner in which Kumar portrayed the character of Devdas was one of the reasons why the movie is an all time classic. 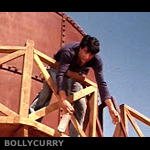 After a serious drama, we have another scene that will tickle your funny bones - Dharmendra Singh Deol in Sholay. Getting high, climbing the water tank, creating a hill out of a mole for the whole village to see and finally winning the girl's hand for marriage is not something you see every day, and it came as naturally to Dharmendra as he would've been kicking some goons around, added with a welcoming touch of hilarity. 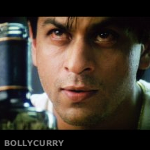 When it comes to characters that play drunkards, people cannot move on without mentioning the one name that rules people's hearts, drunk or otherwise - Shah Rukh Khan. In Devdas (2002), Khan re-enacted and brought to life the character of Devdas, only with an added pinch of his own style, as well as the flavor of modernity. The scene where he grieves over how everyone wants him to give up all that is important to him strikes a heartbreaking chord with the audience, leaving viewers full of sympathy for the man who lost it all. 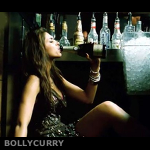 Not wanting to let the men steal the show, the last name on list is that of an actress who is currently giving the top dogs of the industry a run for their money - Deepika Padukone in Cocktail. Right from the rolling of the introductory credits to the scene where she vents her frustration in getting drunk and wasted, Padukone nails it all with impeccability. Shedding the Plain Jane image, she turned innumerable heads with that drunk-chic avatar of hers.
Apart from the above listed names, there are a few others who ought to be mentioned - Rajesh Khanna in Anand, Amitabh Bachchan in Sharabi, Kajol Devgn in Dilwale Dulhania Le Jayenge, Saif Ali Khan and Preity Zinta in Kal Ho Naa Ho, and Sanjay Dutt and Arshad Warsi in Munnabhai M.B.B.S.
BollyCurry signs off but not before welcoming you all to take a pick of your favorite drunkard scene. Till then, we'll be back to celebrate more of the wedding festivities with you all!
Writer: Pooja B.
Editors: Ritchelle C. and Jenifer Y.
Graphics: Marsh P.
Do you have a suggestion or comment for BollyCurry? Drop us a PM at BC_Dropbox today.
17 Likes