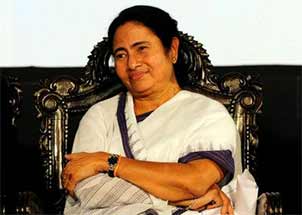 During the inaugural function of the 19th Kolkata International Film Festival here, Banerjee launched the state government's mediclaim policy for artists and technicians of the state.

"We are launching the mediclaim policy for artists and technicians ... they will be covered by this mediclaim," said Banerjee as she requested Amitabh Bachchan to flag-off the initiative.

The chief minister also launched a special programme for providing rental accommodation to Banga Bibhushan awardees who have not got accommodation due to financial or other constraints. The scheme started with veteran actress Supriya Devi.

She said the Banga Bibhushan recipients will also be entitled to a health scheme.