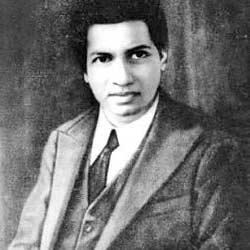 The makers of upcoming English-Tamil biopic "Ramanujan" Saturday unveiled the first of the many behind the scenes featurettes online.

The featurettes will give audiences an insight into the art, costumes, locations, crew preparations and authenticity of the film.

"Ramanujan" is the story of mathematics wizard Srinivasa Ramanujan. Actor Abhinay Vaddi is reprising the role of Ramanujan.

"Our behind the scenes featurettes will give the audience an insight into the hard work we put into the film, and a glimpse of the grandeur depicted - of British India and England during World War I," read a statement from the film's production house Camphor Cinema.

"The behind the scenes team accompanied us to all the shoots and has captured amazing and interesting things that go on behind the camera," the statement further read.

The first behind the scenes featurette "Creating the World of Ramanujan" features the recreation of the world of Ramanujan from Kumbakonam to Cambridge - bringing the beauty of India and England of the early 20th century period.