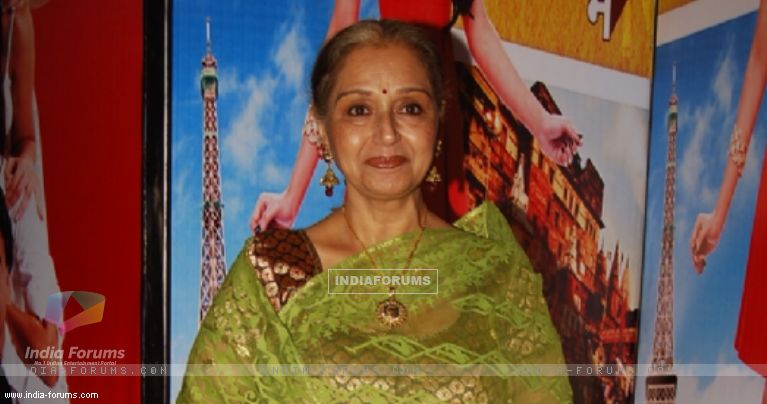 Rajan Shahi's newly launched show on Star Plus' Tere Sheher Mein, is successfully grabbing viewers' attention with its different storyline and good cast including a bunch of seasoned actors. Versatile and popular actress Beena Banerjee, who was last seen on Uttaran, is all set to essay a pivotal role on the show.

Our source informs us, "Beena Banerjee will be seen essaying the character of Pushpa on the show who will be shown as Sneha (Gautami Kapoor)'s mother. She would support her daughter and grand children in this tough phase of their life. She will be shown coming back from a pilgrimage trip."

When we contacted Beena Banerjee, she told us, "The portrayal of this mother is very helpless as she comes to know that her daughter has become a widow and she can't do anything for her and her grand children. She wants to stand by her daughter. The cast, the production house and every person associated with the show is very good to work with."

6 years ago Beena you are awesome as Pushpa. Love Tere Sheher Mein.

6 years ago Loved your performance in Uttaran and waiting to see you enact the role of Sneha. You are an awesome actor.

6 years ago Its raining characters in TSM...loving the show.