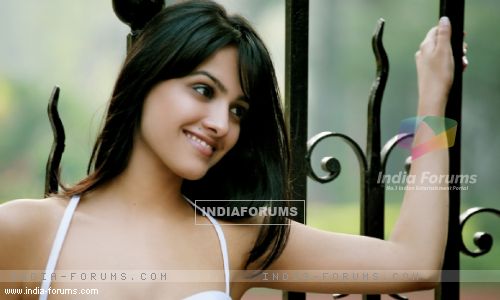 Superlative and the very seasoned actor Anita Hassanandani is one of those top 150 television actors who will be seen showing off their cricket skills in Sony TV's Box Cricket League (BCL). Here is Anita speaking about her love for cricket, fond memories as a kid and competitors. Read on!
What made you join Box Cricket League?
Well, this time I own a team with Shiv Pundit, Rohit Reddy and myself. Last season I was playing for Babu Moshayes. It was so exciting. This season when I got an opportunity to be a team owner, I was like I just have to do it and its exciting as well. Every Indian's passion lies in the cricket and nobody can match that. It is just to another level. After playing for the last season only I made my mind that this season too will be mad fun and here we are on a bigger scale, bigger actors and Balaji Telefilms backing it with Marinating Films. It is just super exciting.
Usually we do not see girls playing cricket. What do you have to say about the concept?
Girls are always underestimated that they cannot play a sport like this. They are not sporty enough and cannot understand cricket. But with this I think all these taboos will be broken. Women here have a crucial role to play; they have to bowl three overs and have to bat too. In the pilot season too all girls were all ready and this season too everyone is all decked up to play their best.
How do you manage shooting for Ye Hai Mohobbatein, BCL and your family all together?
Well, my husband being a part of my team with me, he has been extremely supportive and it gets easier to handle BCL since he too is a part of the league. As far as TV  is concerned, with my character not being the main lead, I can manage it and at times I can request them too to leave me early. Usually leads are too caught up and cannot take anything else. But inspite of everything, Divyanka Tripathi and Karan Patel too are a part of the show just for the love of the sport.
Do you remember yourself as a child playing cricket?
Well as a child I do have fond memories of my cousin brothers playing cricket and I used to go in between and ask them to give me the bat once to play. Apart from that, I remember my dad watching cricket very very passionately and getting upset when Sachin Tendulkar would get out. Agar India haar jaati thi toh unka mood kharab ho jata tha. My passion of playing and watching cricket comes from there. Nowadays since I do not get much time so I do not watch.
Who according to you is your toughest competitor?
In the pilot season, I was a part of Babu Moshayes and we had reached the finals with Chandigarh. My husband was in Delhi Dragons. Since my husband and I have been a part of two separate teams, we know how passionately they play so I would say Babu Moshayes and Delhi Dragons are our toughest competitors.
TellyBuzz wishes Anita Hassanandani and her team all the luck for Box Cricket League.
Upasana Patel
19 Likes

AnkitaKaran 6 years ago All the best to sweethearts Anita Hassanandani n Karan Patel...


.,All the best to sweethearts Anita Hassanandani n Karan Patel...

DivianTanz_Divz 6 years ago Divyanka Tripathi and karan..it would be really nice to see you both playing in the same team...No worries..all the best for both.

AnkitaKaran 6 years ago All the best to sweethearts Anita Hassanandani n Karan Patel...


All the best to sweethearts Anita Hassanandani n Karan Patel...

mohishna 6 years ago Divyanka Tripathi, I am loving your sporty avatar... yr team will rockkk

HateSober 6 years ago ummm i really dont want to see my favs here which included anita, KP n divyanka tripathi. god knows what they r gonna do with that locker room drama &gt;.&lt;

All the best Karan Patel :)
Lol anita how biased your husbands team is toughest competitor