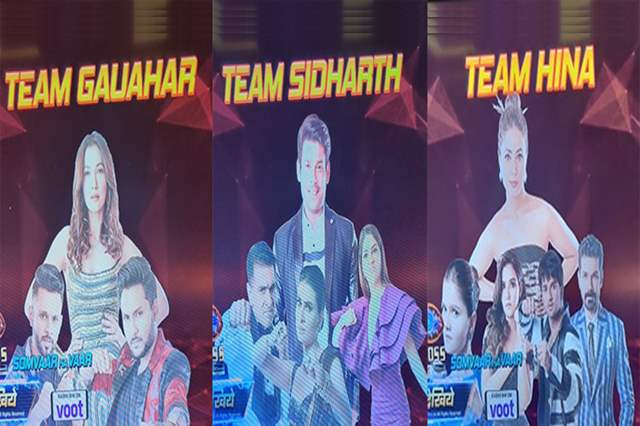 Yet another day of Bigg Boss 14 passed by and unlike the usuals, it was a different one. More so because it was Somvaar Ka Vaar, instead of Weekend Ka Vaar tonight and Salman Khan had everyone at their game talking about things.

While it was confirmed that no one will be eliminated and contestant Shehzad Deol is currently termed as 'gayab', there are other instances too.

The actual madness will now begin as seniors are at loggerheads and all the fresher contestants have been divided into each of their teams. Rahul Vaidya and Jaan Sanu are in Team Gauahar Khanl Nikki Tamboli, Pavitra Punia, and Eijaz Khan are in Team Sidharth Shukla; Abhinav Shukla, Rubina Dilaik, Nishant Malkhani and Jasmin Bhasin are in Team Hina Khan.

As Deol is currently 'gayab' he will not be a part of any team till the next notification from Bigg Boss.

Owing to even the seniors now being at loggerheads, we will witness one of the biggest clashes possible tomorrow in a task. Gauahar will be seen at her angriest worst and even lose her cool on Bigg Boss. Both Hina and Gauahar once again seem to be on the same page during the task while Shukla, who has a different outlook as always is once again on a different page.

How will this affect their teams and who will have the upper hand, we cannot wait to see.