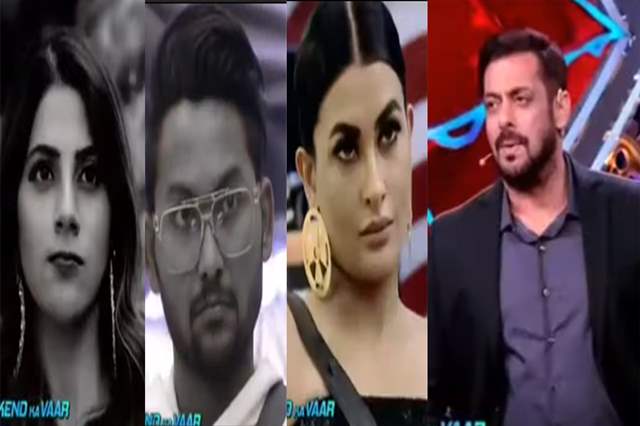 Bigg Boss 14's Weekend Ka Vaar tonight wasn't the usual Salman Khan-schooling-contestants episodes taht you might usually expect but it was entertaining in one way or the other as you might expect.

Majorly because, it witnessed the biggest highlight of Kavita Kaushik's re-entry.

However, tomorrow will witness the usual Weekend Ka Vaar flavor that you are bound to expect. On one hand, Khan will reprimand and slam Pavitra Punia for her unwanted aggression and even hurling abuses - which initially was denied by Punia but Khan confirmed that himself later having them listen to a voice note.

Apart from that, Khan will also slam Jaan for his apparent new personality about hurling abuses and other things where he has gone from being a sweet boy to an ill-mannered man.

Finally, Khan will also slam Nikki Tamboli for her actions of putting the oxygen mask in her pants and while Tambolit weill respond to that as saying that what she felt right at that time, she did it; Khan will reciprocate saying what would have happened if Rahul Vaidya did that!

This is the kind of Weekend Ka Vaar episode that viewers usually expect.