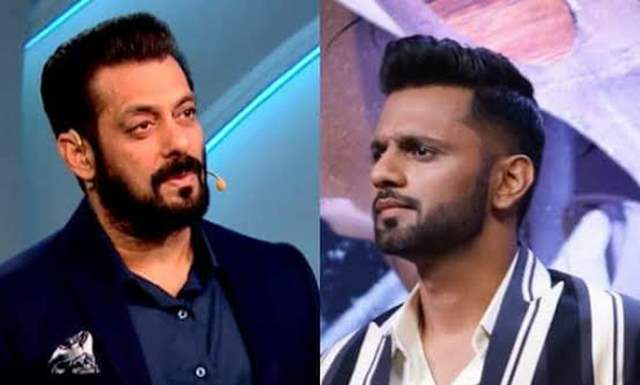 Bigg Boss 14 will witness the penultimate Weekend Ka Vaar tomorrow and while we know that Salman Khan won't be in his usual slamming mode but there will still be some issues that will need to he highlighted and talked about.

Apart from Khan asking Jasmin Bhasin about her behavior towards Rubina Dilaik, Khan will also school Rahul Vaidya. This will be in connection to Vaidya's reaction to Rakhi Sawant taking a portion of the prize money to furthermore seal her place in the final week.

As seen both Vaidya and Aly Goni slam Sawant for taking a chunk of the prize money and as that happened, Vaidya's reaction was even more loud to it. To this, Khan will school Vaidya telling that his reaction seemed like Sawant took money from him directly and that he has won the trophy out of which the money was and win was taken.

We will have to see how Vaidya answers this.