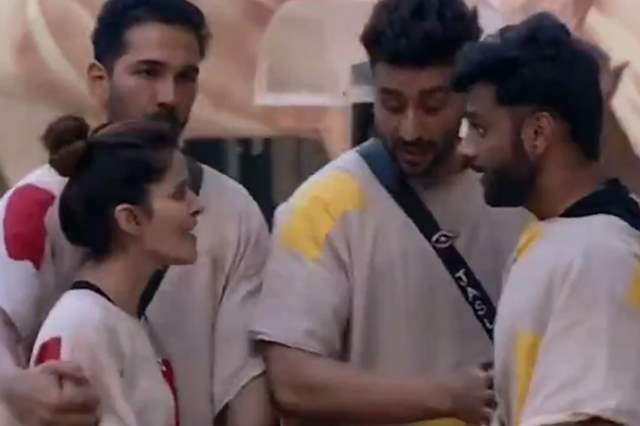 It is rather coincidental how Aly Goni was actually questioned about how and why he doesn't indulge in any fights between Rubina Dilaik and RahiuL Vaidya considering how he keeps saying that he loved the both of them. And that is exactly why Goni said that both these parties are always at each other equally and while Vaidya is his dearest friend, he also said that he respects Dilaik too much to insult her.

And if you're wondering what is the coincidental part about this, it is so that an on-going task in the Bigg Boss 14 house has resulted in a massive clash between Goni and Abhinav Shukla and Rubina Dilaik.

It so happened that Dilaik and Vaidya got into a clash as usual but this time around, things got too heated and had Dilaik apparently pushing Vaidya multiple times. This led Goni to come in and intervene and even Shukla came in the matter then. A serious clash between these guys will lead to them getting too close to each other and the fight will continue to rile on. It seems like Goni will have his biggest fight so far and that too with an unexpected contender in the form of Shukla.

How will this be cool up later and further be received during Weekend Ka Vaar, we will have to wait and see.