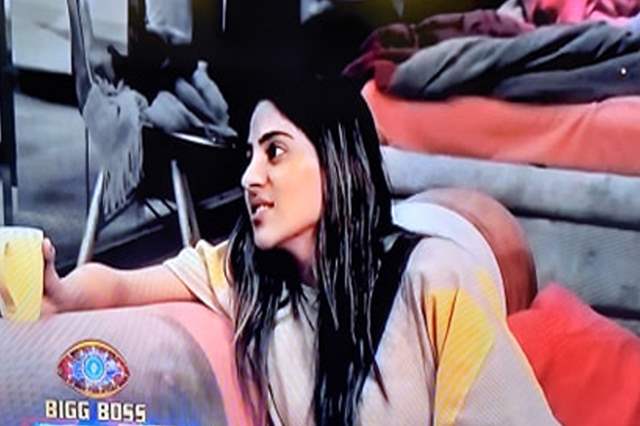 Ever since it was revealed yesterday, the fight between Rubina Dilaik and Rahul Vaidya was indeed the talk of the town where the former repeatedly kept pushing Vaidya, though not violently. It was also seen that Aly Goni came in to take a stand for Vaidya even after Abhinav Shukla intervened and even they got very close to each other.

However, while this was the fight in question indeed, the other talking point has been Nikki Tamboli's shenanigans. Tamboli has been willingly using up the units that are limited and the team using up those units will be out of the equation to get special ration.

While she already entered and ate the burgers and fries that cost them three units, tomorrow will witness she just playing around all the time and sit in different places to use up units. Tomorrow will witness the teams breaking multiple rules and randomly entering to have cakes. This will also lead to a massive fight between Tamboli and Devoleena Bhattacharjee.

We wonder what will be up next.

1 months ago Nikki is an idiot and too irritating. Salman gave her feedback but she didn’t change.

+ 5
1 months ago Nikki was one of my favs n now shes just an idiot. She was yold so much to change her behavior n she literally just continues on her self serving tirade for no reason