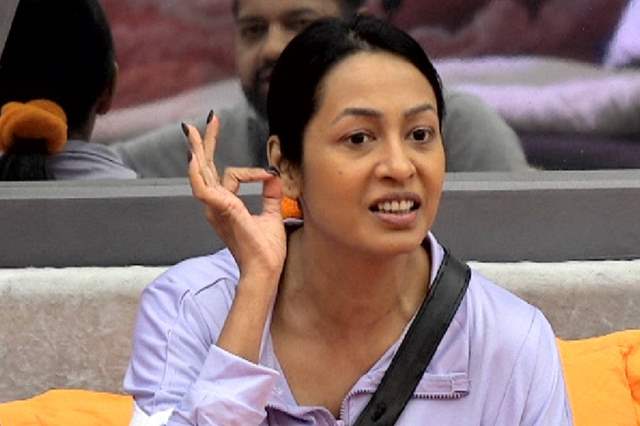 Bigg Boss 14 had a whirlwind of moments going on where last night's weekend ka vaar episode brought in all the twists it promised but even then the reality show is always about getting everyone on guard. We know that Eijaz Khan, Abhinav Shukla, Manu Punjabi, Arshi Khan and Kashmera Shah are the ones that were nominated this week and up for elimination.

There was a lot of conjecture about and as to who will be eliminated but the elimination has indeed happened and rather surprisingly, Kashmera Shah is the only who has been eliminated.

Many would have placed their bets on someone like Shukla to be eliminated but the fact that Shah has been ousted from the house on course of low votes. As we already witnessed, there was a lot more drama in the house too where Arshi Khan was lambasted by Salman Khan for her comments on Vikas Gupta and where she kept saying she wants to quit the show. And when host Khan will actually open the doors for her to leave, she doesn't.

Drama is always on the forefront in the Bigg Boss house indeed.