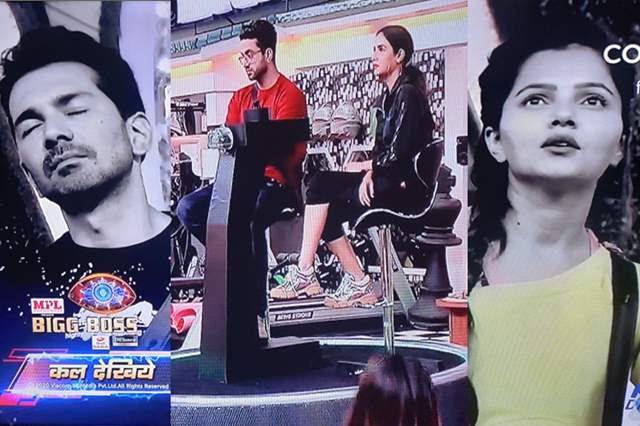 Probably one of the most emotional and in several ways, disturbing episodes now happened on Bigg Boss 14. As we knew already that contestants were asked to share their deepest and darkest secrets in order to have a chance to get the immunity stone; we now also know that Eijaz Khan won it and is the first finalist of Bigg Boss 14.

Now that only three other contestants are supposed to come through to the finals, Bigg Boss announced in the precap that the first eviction will take place tomorrow.

While Jasmin Bhasin and Aly Goni will be seated together in one round, Rubina Dilaik and Abhinav Shukla will be seated in another. Questions regarding their relationships, game plans, fights and what not will be popped up in the mix.