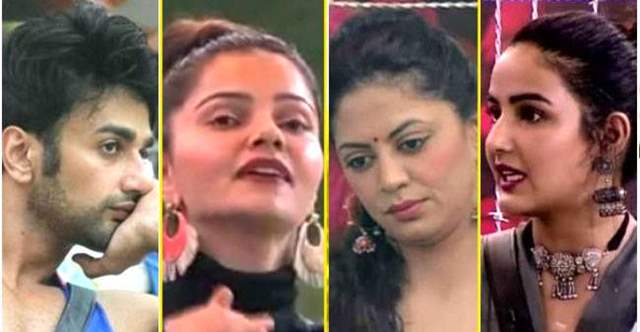 This Weekend Ka Vaar was indeed another explosive one where apart from the blistering appearance of Shehnaaz Gill that managed to catch maximum attention, there was a lot of other things too.

Another mega highlight that continues to trend even right now is Kavita Kaushik's comments and defaming Eijaz Khan. Not only was that condemned by host Salman Khan in a way but it isn't received well by netizens and viewed across. People are continuing to offer support to Khan and slamming Kaushik for her comments.

Nevertheless, tomorrow the contestants are in for another shock indeed as Bigg Boss will announce that this week there is going to be a double eviction.

Yes! That's right. While voting trends are on and that is one of the parameters for an eviction, Bigg Boss announced that the green zone contestants will also have a say in one of the evictions.

The precap also saw Naina Singh, Eijaz, Rahul Vaidya and others coming in the confession room and offering their names just like the way nominations take place.

We really wonder who will be the ones to be evicted.

br200910 2 months ago Now waiting for nishant new project. Only for Nishant 1st n last time watched BB .Now i'am sad n happy for nish,proud of Nish..He is Honest n gentleman .. so he out from BB.. BB very irritating program is just for FAKE and Cheap person not for good person .Nish is not like . But injustice Nishant ke saath huya. Proud of NISHANT..NO Nishant No MAD BB..

sheeluneelu 2 months ago All the best Nishant for your future projects.. BB and BB audience deserve only fake personality not a real person like you.

jmoyee200 2 months ago Love NISHANT...Nishant is a decent guy and BB only focuses on cheap , fake and dishonest person.. Proud of NISHANT..NO Nishant No MAD BB..