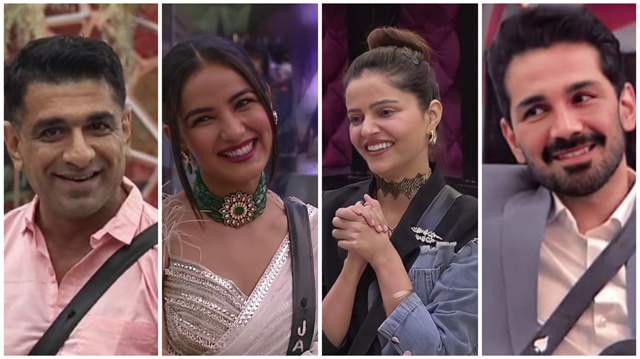 Bigg Boss 14 has tried all the tricks in the book to make this season work and furthermore see a rise in the numbers game but somehow, there is barely a difference in the ratings inspite of old favourites coming into the show.

Nevertheless, proceedings have to continue and one of the indicators for the same is having tasks going on every week and at times, on constant days. But whenever there are festivals, the contestants are showered with love, care and st times the much-wanted family connection.

So far, the only four contestants that have literally stayed in the house since day one and haven't left are - Rubina Dilaik, Abhinav Shukla, Eijaz Khan and Jasmin Bhasin. Rest all others have been out of the house in one way or the other.

There is going to be a special Christmas task in the upcoming task where captain Vikas Gupta will have to choose one housemate each time who will sit on a cycle and further the ones riding the cycle will be choosing one housemate of their choice who will get a special letter from their respective homes.

It seems rather and entirely fitting that the only four people who have been on the show since day one and not exited at any point are the ones who will get the token of love from their respective families.