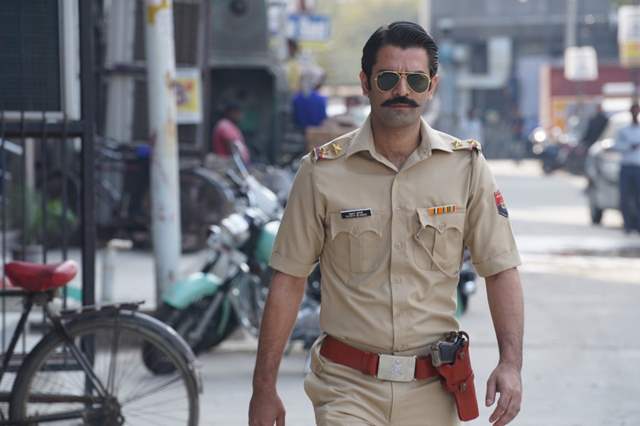 Barun Sobti has truly evolved as a star over the years. Becoming a household name with exceptional performance in multiple TV shows, the talented actor has also widened his horizons with his foray in movies and the OTT sector.  Barun is now all set to entertain viewers with an interesting rendition of a Haryanvi cop in Eros Now’s original film Halahal. A story based on true events, Halahal narrates the journey of a father, Dr. Sharma (played by Sachin Khedekar), who is in search of the truth behind the perplexing death of his daughter. Barun’s character in the movie aids the distraught father in his quest to find out facts about his daughter’s untimely demise.

Portraying a cop on screen is unequivocally a daunting task. It takes a lot of hard work and patience to make the character look realistic and conventional. There are few exceptions that make the role worth remembering and one such actor is Barun Sobti who has already set the screen on fire in the recently launched trailer of Halahal with his role of a young police officer – Yusuf Qureshi. Swearing to bring a bit of realism to his character, Barun has not only trained himself for the film but; he has also worked extensively on his diction for playing a tough and gritty Haryanvi police officer.

Sharing his thoughts, Barun said, “I am glad that I am essaying an out of the box kind of a role for the first time in Halahal. While Yusuf Qureshi’s character is loud, the different layers to his personality made it a bit challenging for me as I am cool-headed and an introvert in real life. That’s why I had to ensure the transition is seamless. It was a wonderful experience shooting for Halahal and am sure the audience is going to love the narrative.”

Well, acing his acting game, the talented performer is definitely going to astonish viewers with his impeccable performance of the extravagant Haryanvi cop, Yusuf Qureshi in Halahal.

Barun Sobti on being away from TV: My problem is the formatting of the ...

Ramiliamuliukov 1 months ago Great trailer !!! Barun Sobti as a police officer on high !!!

MeeraHaider 1 months ago Awesome trailer, I'm waiting for the film, I want to get acquainted with the new role of Barun

valeri 1 months ago Can’t wait to watch the movie Baruna Sobti !! I know it will be good

Rusty_Quill 1 months ago For Barun and Barun alone😍

Girlabouttown 1 months ago Can’t wait to watch the movie !! I know it will be good

Sofa.BS 1 months ago We are looking forward to the release of the film and meeting our handsome #BarunSobti !!!