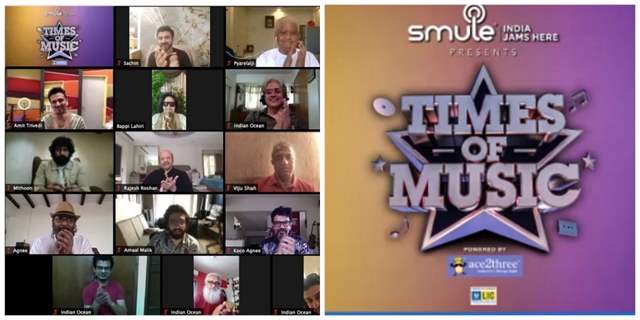 MX Player's one of a kind, Original Series 'Times of Music' is a reality music show that brings together 20 legendary composers, who will rewrite history and reinvent each other’s most celebrated tunes.

As Bappi lahiri is known as the Disco King, we asked him how did that impact his recreation of one of Vishal- Shekhar's best songs. To this, he stated that he loves Vishal- Shekhar's songs and his song 'Jag Ghoomeya' of Sultan is extremely good, so he thought he can do remix with his own form & style. He also stated that it was an unbelievable experience and the audience will really like it as well. 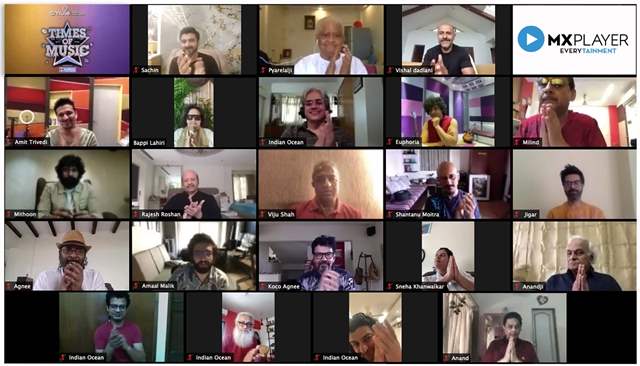 Vishal Dadlani was asked about what are the changes that he would like to see in the music industry, to this he said, "We've had three months, where the film business has been out of commission. We don't know how long it's going to be before people can go to movie theatres and watch movies again, in large groups. At this time, we have a show like Times of Music, where the musicians, the song writers, the composers is the focus. I think that is the direction that needs to be kind of pursued more and independent music has really made a huge impact in this time. This is the time that composers, songwriters and independent musicians can really sort of strike out and that's the change that was really really needed where a musician is a self sufficient entity even without a film.