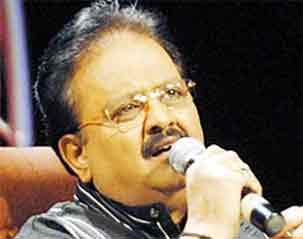 Kondeti, who had bought the dubbing rights of the film, plans to release it by November end or early December.

"The song was originally sung by Yuvan Shankar Raja, but I felt Balasubrahmanyam's voice would do complete justice to it in Telugu. Therefore, I approached him with the request to croon the song. He initially hesitated but after he read the lyrics of the Telugu version, he instantly agreed to sing it," Kondeti told IANS.

The song, "Jo laali", is penned by lyricist Bhaskarabhatla in Telugu.

"It's an emotional song and the way Balasubrahmanyam has crooned it, it is sure to become the biggest highlight of the film. He was in awe of Bhaskar's lyrics and he personally called to congratulate him before he signed the song," Kondeti added.

The song captures the emotions of a young orphan yearning for mother's love.

"Aadhalal Kadhal Seiveer", which was about teen pregnancy, was critically acclaimed, but it didn't make money at the box-office.