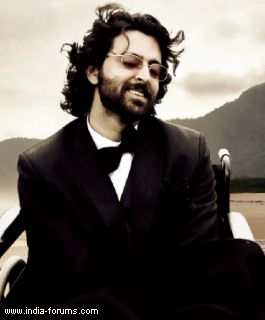 Hrithik Roshan had worked hard for Sanjay Leela Bhansali's "Guzaarish", but it didn't work out at the box office. The star says that if they had shown "some happiness, my body and abs", it would have worked.

"If we would have shown some happiness, my body, biceps and abs in my younger days, it would have made a difference. Maybe we missed out on that," added the Bollywood heartthrob who played a paraplegic patient in the movie.

Released in 2010, "Guzaarish" deals with the sensitive issue of euthanasia and even won critical acclaim, but it couldn't set the cash registers ringing.

The film's box office fate notwithstanding, Hrithik says Ethan, his character in "Guzaarish", will always be close to his heart.

"I agree with Ethan to a large extent. He did not want to die. He has written books, he is a radio jockey... so after living his life, now he wants to die with his eyes open," said Hrithik who recently turned 38.

What makes him happy is that people still talk about the movie, he said.

"After six months, when I met people and when they said that they saw the film on DVD later, they say why didn't we see this film when it was released... After all this, I feel we missed out on the balance. May be, if we had some balance in the promotions, it would have clicked," he said.