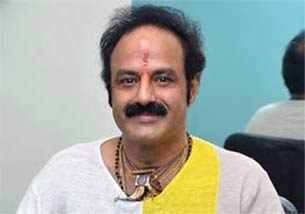 Nandamuri Balakrishna, who is riding high on the success of his recent Telugu blockbuster "Legend", participated in the official launch of his yet-untitled next film with newcomer Satyadev here Monday.

"The film was launched this morning with a puja. Few shots were even canned and the regular shooting for the movie is likely to start very soon," a member from the film's unit told IANS.

Industry stalwarts such as K. Raghavendra Rao and Dasari Naryana Rao were present on the occasion. Filmmaker Dasari clapped the first short.

Southern actress Trisha Krishnan, who missed an opportunity to work with Balakrishna in "Legend" has been roped in as the female lead.