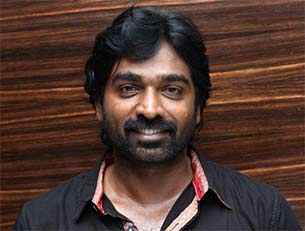 Actor Vijay Sethupathi has joined hands with filmmaker Bala Pazhanisaamy for upcoming Tamil romantic-drama "Vasantha Kumaran", which will be produced by the latter's home banner B Studios and directed by Anand Kumaresan.

"Bala's 'Vasantha Kumaran' with Vijay Sethupathi will go on floors in Chennai soon. Debutant Anand Kumaresan will helm this project, which will be produced by B Studios. It's a big budget film and expectations are high as Vijay teams up for the first time with Bala," read a statement.

The search is on for the rest of the cast.

After Ten Months Jacqueline Fernandez has Finally Re-united ...
5 minutes ago

Kangana Slams Anushka for Raising her Voice Against ...
32 minutes ago

'RadhaKrishn' Fame Vaidehi Nair Roped in For 'Brahmarakshas ...
37 minutes ago