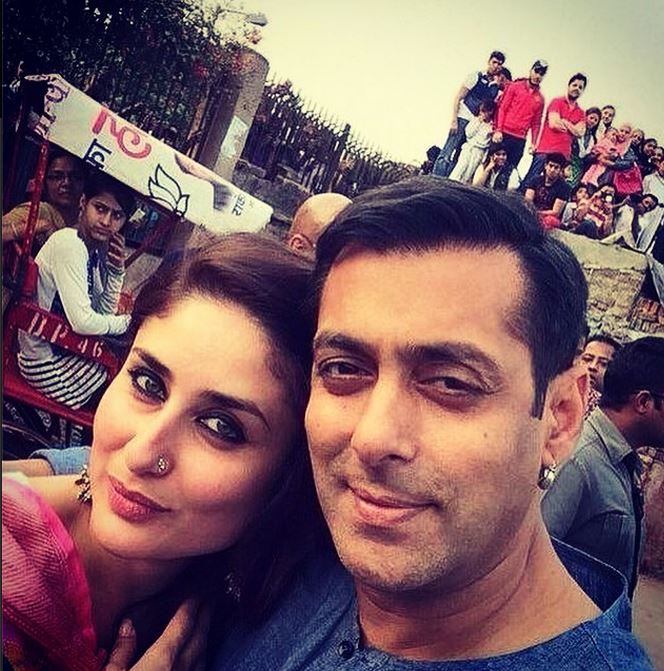 2002-hit-and-run case did make Salman Khan go through many ups and downs. He was shooting for his upcoming movie Bajrangi Bhaijaan in Kashmir but the shoot got interrupted due to the hearing of his case and he had to head back to Mumbai.
As reported earlier, after Salman was granted bail by the High Court he returned Kashmir and resumed his shoot. There he was seen in a relaxed mood enjoying his work along with savoring the beauty of the snow clad mountains. Also read: http://www.india-forums.com/bollywood/hot-n-happening/52516-salman-khan-savoring-kashmir.htm
Finally, the Kashmir schedule of the action romantic drama directed by Kabir Khan has been wrapped up. While returning to their home town Salman Khan and Kareena Kapoor were snapped at Mumbai domestic Airport.
The first glimpse of Bajrangi Bhaijaan will be shown on May 21 and also during the screening of Kangana Ranaut's Tanu Weds Manu Returns on May 22. The film is scheduled for release on 17 July 2015.
For more pictures click: http://www.india-forums.com/event/10438-celebs-snapped-at-airport.htm