View Profile
The Eid has once again reaped gold for Bollywood superstar Salman Khan as his latest offering "Bajrangi Bhaijaan", which released on Friday, witnessed a big hike at the domestic box office on the festive day. The film amassed Rs.36.50 crore on day two. 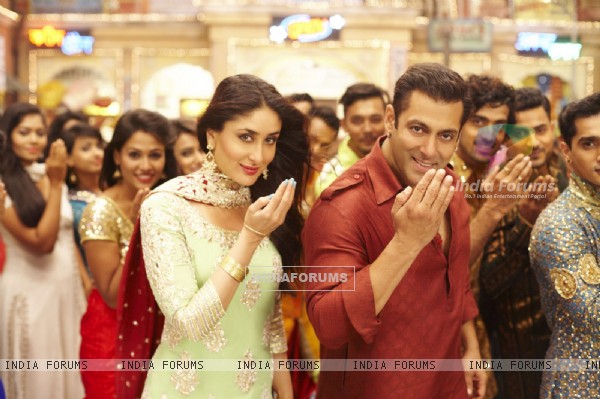 After garnering appreciation from the film fraternity, who called "Bajrangi Bhaijaan" Salman's "best film ever", the Kabir Khan directorial has managed to enthrall the viewers too.

It collected Rs.27.25 crore on its opening day and took off in a big way on the Eid, taking its total collection to Rs.63.75 crore, read a statement.

"Bajrangi Bhaijaan", which also stars Kareena Kapoor Khan and Nawazuddin Siddiqui, narrates the story of a Hindu man on a mission to take a Pakistani girl, who is dumb and mute, back to her country. It chronicles his adventures and experiences faced during his road trip.

According to trade analyst Taran Adarsh, the film might break the opening weekend collection of Salman's last film "Kick", which also released on Eid in 2014.

Co-produced by Salman Khan Films with Rockline Venkatesh, "Bajrangi Bhaijaan" is the 49-year-old's first release since he was sentenced to five years in jail in the infamous 2002 hit-and-run case in May.

The film, which was released on more than 5,000 screens across 50 countries, including the US, Britain, Pakistan, New Zealand and Australia, is making a mark overseas as well.