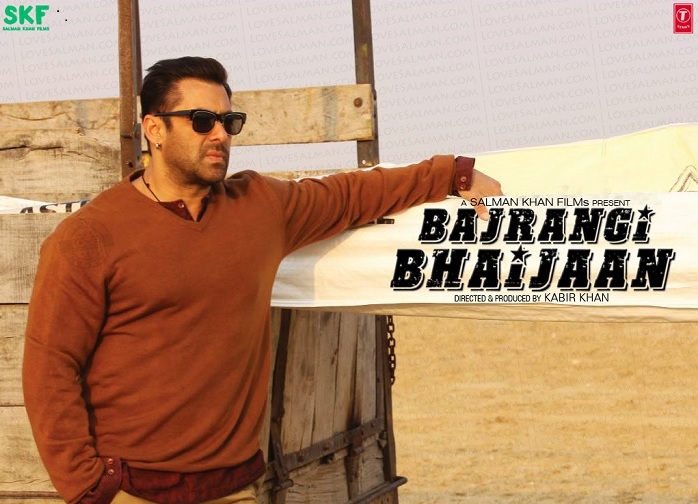 The journey of Salman Khan's character from India to Pakistan in "Bajrangi Bhaijaan" is treading towards a successful run at the box office. The Kabir Khan directorial, which is the actor's Eid treat to his fans, amassed over Rs.27 crore since its release on Friday.

Co-produced by Salman Khan Films (SKF) with Rockline Venkatesh, the movie brings forward an extraordinary story of how an Indian and a dumb and mute girl from Pakistan find affection for each other during a simple road trip.

"So, the first day's figure of #BajrangiBhaijaan has silenced all those who thought, the film had no merits? Rs. 27.25 crore on Ramzan day," Nahta tweeted.

"Bajrangi Bhaijaan", which was released on more than 5,000 screens across 50 countries, including the US, Britain, Pakistan and Australia, is making a mark overseas as well.

+ 5
5 years ago cried so much... one of his best performances till date. nothing vulgar in the movie... true cinema!

+ 3
5 years ago Watched the movie today..man awesome movie..i laughed at some parts n cried like a baby at t emotional scenes..salman as always rocked n the lil shahida ya say Munni is sooo adorable

get2gmk 5 years ago Read about India. Search in Amazon

+ 3
5 years ago I am SPEECHLESS right now Salman . Watched Bajrangi Bhaijaan today . & Just can say HATS OFF to YOU , Kabir , Harshali , Nawaz and whole BB Team . You all made my cry ...

+ 3
5 years ago This film has got to be Salman's best. I was literally in tears.
Love you for making this movie. It made my day!

5 years ago the best movie of my life. it made my cry, love u Salman Khan