For their much anticipated onscreen project together, Ek Tha Tiger, it appears that Salman Khan and Katrina Kaif will be returning to 'college'!

The chosen campus to meet the script's req 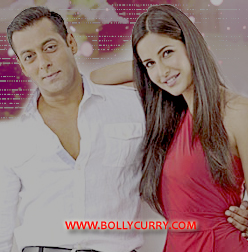 uirements is of the prestigious Trinity College in Dublin - but are the institutional admin willing to grant permission? Apparently, the matter is not so slick! While the cast and crew, including Sallu and Kat, have received a nod for their proposal, a simultaneous condition has been levied on them by the authorities, which requires for Khan and Kaif to enroll in a real class or two while on campus!

Authentic much?! Well, the admin cites its reasons for such an unusual demand. It so happens that the said Trinity College is not as impressed with Bollywood as many other international communities prove to be. Having explicitly described the strict decorum of their institute, the admin have emphasized their intolerance for obtrusive behavior - and want the actors to adhere to the rules by formally enrolling as students.

Director Kabir Khan, despite this inconvenient condition has agreed to comply by the authorities, mostly because he was not keen on shooting his movie in a typical college campus like Oxford or Cambridge.
Causes irrespective - this consequence of bringing Salman and Kat back together, not just onscreen, but as formal 'classmates' sounds like an interesting event to unfold, in days to come! For updates - watch this space!
Editor: Naseem.
Graphics: Pooji.