He is reclusive and doesn't believe in the institution of marriage. Actor Akshaye Khanna however says he has been having nightmares ever since an astrologer predicted that he would definitely get married in 2009.

'I don't believe in the institution of marriage. Yes, the other day a pundit (astrologer) predicted I'd definitely get married in 2009. He said he can write it in his blood, 'Iss saal teri shaadi pukki.' I was horrified. Now I keep asking everyone around me to assure me it won't come true,' Akshaye, whose 'Short Kut' has just released, told IANS. 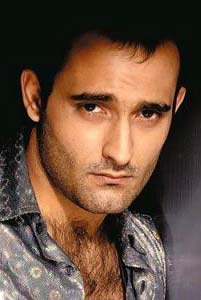 Featured Video
'The fact is marriage is just a legal piece of paper. I don't see why the government needs to get involved in what two people do with their lives. It's none of their business,' said the 34-year-old.


Akshaye says it's still difficult for him to carve his own space in the industry without being known as the son of charismatic Vinod Khanna.


'Even today I'd think 10 times before facing the camera with him. In terms of physicality alone, he's so powerful. No point in sharing space with him until I feel confident of matching him by at least 10 percent. As a star son it's a constant struggle to move away from being known as Vinod Khanna's son and create my own space,' said Akshaye, who made his debut in 1997 with his father's production 'Himalaya Putra'.


In the last 12 years, nothing has changed about Akshaye.


'I like it that way. I see no point in talking about myself unnecessarily. I'm not a high-profile person. I like being as low-profile as humanly possible. So I've no interest on reaping the benefits of a film by talking about its success.


'In the long run, it's the film that matters. Talking about yourself is of no consequence. It doesn't come naturally to me. Yes, 'Race' was a hit. If people want to remember me in 'Race', they will without my selling myself,' said the actor


Akshaye, who got rave reviews for his performance in 'Gandhi My Father', refuses to admit he does too little work.


'It's not conscious. In fact, next year I've three films. If I had my way I'd work 365 days a year. As for being picky, who isn't? Aren't Abhishek (Bachchan), John (Abraham) and Hrithik (Roshan) picky? Hrithik's last release was 'Jodhaa Akbar' more than a year ago.


'I'm starting a new comedy in South Africa with Anees Bazmi 'No Problem'. It's got me, Sanjay Dutt, Anil Kapoor, Kangna Ranaut.'


Akshaye, who has done comedies in the past with prolific director Priyadarshan in films like 'Hulchul' and 'Hungama', will start shooting for a serious film on a caste-based marriage in Bihar.


According to him, his last film 'Mere Baap Pehle Aap' did decently enough to make money for everyone.


'It's just that the film wasn't hyped up as a hit. No matter how nominal, the film did make profits. I can name so many films that have been declared super hits but haven't made money. I don't want to name them because they involve friends,' said Akshaye.


The actor says he is quite satisfied with the roles he's doing.


'I don't see too many other actors doing the variety of roles I am doing.'


But he has no plans of turning director. 'I don't think about it. It's something that may happen. But not right now.'