Shweta Bachchan Nanda is a die-hard Bigg Boss fan and this is the news making rounds!!

She not only tunes into the show every night but also ensures that the Bachchan family is regularly updated with the goings inside the house. Well, why not as Shweta has been an ardent fan of the show ever since its first season. No wonder that her brother dearest, Abhishek chose Bigg Boss to plug his new film Drona as he made an appearance yesterday on Bigg Boss.

Meanwhile it is heard that Abhi will also appear on COLORS yet another show, Balika Vadhu as he personally prefers the show on child marriage and it makes sense too, as his film Drona and the show feature Rajasthan as the backdrop. 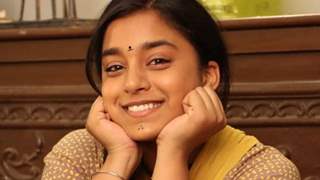 Bigg Boss 16 :Sumbul Touqeer has a special message for her housemates

14 years ago wow..I dont get this channel colours..but will find Abhi's big boss vdo on youtube..

14 years ago sambhavana acted wierd though.... i mean sh ewas behaving like a child who jumps on to someone and doesnt want to leave him/her. If she was fromoutside showbiz, I would understand..... but I thought she is from the industry ;-) the way she made him ear curry and then and told ehsaan ji to put the same 'itr' on AB that he puts on her sometimes..... she was behaving kiddish.....

he was totally into everything

LOVED the Drona act by Rahul and Raja I was ROFL..... HAHAHAHA

+ 2
14 years ago hahaha...never took them as people to enjoy BB! interesting!

14 years ago Oooh I like Balika Vadhu too!! Anandi's adorable!! Brilliant performance by all the actors...It'll be exciting to see Abhishek in BV... :)