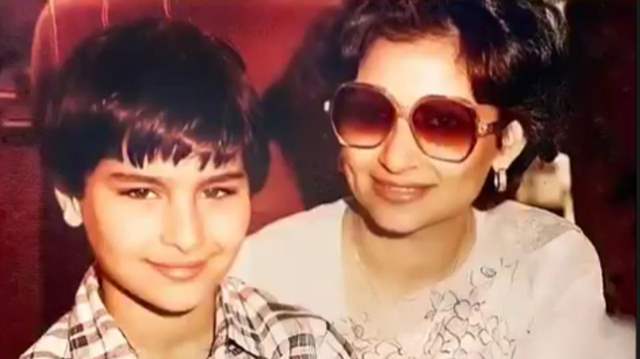 Saba Pataudi seems to have a treasure trove of throwback photographs of the Kapoor family, and she consistently gives followers sneak peeks at the precious, unseen images.

A few hours ago, Saba Ali Khan took to her Instagram handle and shared a bunch of pictures in her stories. In one of the picture she shared, we could see a collage of 2 pictures. One of them had a baby Saif sitting on the lap of his mother Sharmila Tagore. in another picture we could see Taimur with Sharmila.

Baby Saif had an uncanny resemblance to his son Jeh Ali Khan and looked utterly adorable in the pictures. Saba also shared a screenshot of a fan DM who mentioned that, "Thank God you gave a GIF of 'DAD'. Or else I am sure that there are people who will say, "Wow Tim/Jeh is looking so cute on Sharmila Ji's lap." 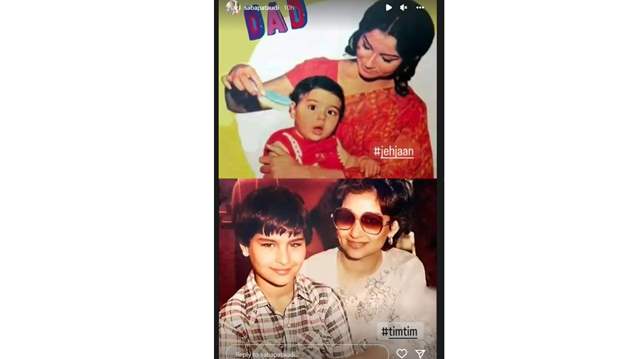 The Kapoor family recently gathered to celebrate Saif Ali Khan's birthday. Pictures from the celebration had flooded social media and we could see all of them having the best time of their lives.

Talking about Saif's professional engagements, he is currently gearing up for the release of his upcoming film Vikram Vedha. The film will also feature Hrithik Roshan, Rohit Saraf and Radhika Apte in key roles. The teaser of the film was launched yesterday at a grand event in Mumbai and was unveiled to the common audience today.

Saif and Hrithik looks sharp and dapper in their rugged and intense looks in the teaser and the film seems to be quite promising. It would be interesting to witness these super stars share the screen space and flaunt their action moves. Vikram Vedha is set for a theatrical release on 30th September, 2022.